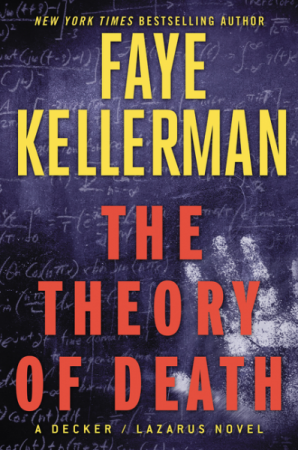 New York Times bestselling author Faye Kellerman’s beloved Decker and Lazarus have settled into life in quiet upstate New York, but they soon find themselves entangled in a case of underworld crime and calculating murderers.

It has been almost a year since Greenbury’s last murder. Peter Decker, a former Lieutenant for LAPD, has enjoyed the peace and slow pace of his new job with the sleepy upstate police department. The work has kept him engaged but without much stress. All that changes when he receives a phone call from his captain, Mike Radar.

A male body, nude and nameless, is found deep within the local woods. It appears to be a suicide—single shot to the head, gun by his side—but until the coroner makes the final determination, Decker must treat the scene as a suspicious crime. The first thing he must do is identify the body—no easy task because of the small size of the department and lack of personal effects found with the body. But then Decker gets lucky. Out of the blue, Tyler McAdams, a former Greenbury detective and now a first-year law student, calls Decker up, asking him for free room and board while he studies for first-term finals. Of course, once McAdams hears about the intriguing case, his attentions shift from statutes to corpses.

And when the body is finally identified, Decker and McAdams must penetrate into indecipherable upper echelons of mathematics and mathematical prodigies at Kneed Loft College. It turns out to be a dangerous sphere of scheming academics, secret cyphers, and hidden corruption where even harmless nerds can morph into cold, calculating geniuses. Decker and McAdams will have to employ all of their wits and gray matter to penetrate enigmatic formulas and codes to solve a dark, twisted tale created by depraved and evil masterminds.